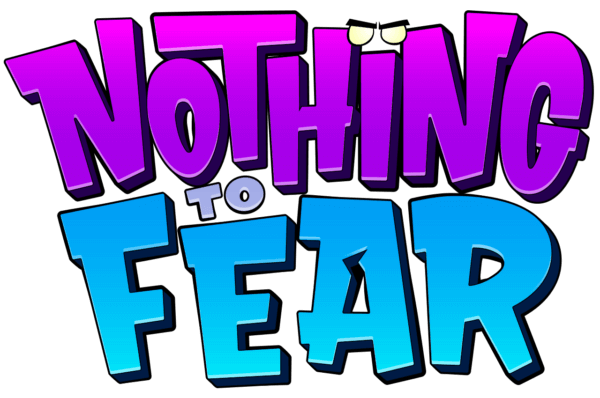 Nothing To Fear is currently in production…

Find creative ways to complete your missions and witness fear being restored to the world as your victims share their spooky stories across social media.

Take control of Mush, the heir to the Boogieman’s throne, as you scare your way across a hand drawn world, featuring character designs by Mike Dietz (Earthworm Jim/The Neverhood).

Keep up to date with the development here:

"Nothing To Fear is a wonderful adventure game with a charming visual style and a large variety of ways to scare the hell out of the living."

"Any game needs to have a lot going for it for me to overcome my dislike for platforming, no matter how light, and Nothing to Fear certainly does that. I was immediately intrigued by its story and characters; in love with Mush who is both adorable and creepy; and laughing along with the game."

"After completely losing track of time, we finally put the controller down 40 minutes later. The game fuels the feeling of one more go, trying to get it right this time. Scaring people has never been so fun. We can't wait to try the full game when it arrives on Xbox One through the ID@Xbox program."

"It’s visual direction is a cartoon heavy style and the gameplay is simple but addictive. I’m looking forward to checking this one out when it’s fully released."

Players change the rules and objectives as they play, directly influencing the dynamics of the game. No two games are ever the same!

Challenge your friends or take on strangers in both local and online battles with up to 4 people in frantic fights to the finish. The end goal is simple – most points wins – but getting there is where the madness lies! Use over 30 different change ‘em-up cards to completely alter the game as you’re playing.

You could be playing Swag Bag now, but one of your enemies might change it to King of the Hill… or Fire Tag… or Smash ‘n Grab…

Everyone dead? Double the respawn timer! Not doing so well by yourself? Turn teams on! Got the Swag Bag? Double the points you’re earning!

Change the rules in your favour as you fight – cheat and steal your way to victory with a quirky and diverse cast of characters.

'Look no further than Overruled!'

“Naturally, playing the game in local multiplayer is the ideal – it feels perfectly placed as a party game with friends, giving opportunities for teasing and elbow-jostling”

“If you’re in the market for a fun, completely bonkers party game for you and your friends, I say: look no further than Overruled!, and be ready for anything.”

Janksy is a physics adventure based in space.

Launch Janksy, a little green alien, from platform to platform, to safely transport him to his spaceship. The real challenge comes from avoiding dangerous asteroids and being launched off into deep space! Each level contains various mechanics and different challenges.

Avoid dangerous floating asteroids that would cause damage to our poor hero – accurately time your launches to land as perfectly as you can on the moving platforms.

Collide with ringed planets that launch you in the direction they’re facing, and use portals to navigate around the level.

Curve your way round black holes carefully, using their gravitational pull to adjust your trajectory.

And, of course, try to collect all 3 nebula on each level, to really add to the challenge!

Janksy – Space Based Physics Adventure, is available now on the Windows Store for free.

"The game itself brings quirky graphics and blinding physics to keep you entertained for hours. When you look at the overall game layout it reminds you of games such as Angry Birds and Cut The Rope. The menu system and the physics are very familiar but obviously with their own twist. Janksy was developed by Dlala Studios and the have put a lot of time into make this perfect. The game is now only for Windows 8 but I believe in time this will grow to other platforms as this will entertain a lot of other people."

"Janksy is a really fun game and I found it really hard to put down on my first session. There's a lot of content here and it's a really well balanced game, easy to pick up, hard to master!"

Windows Store Review
×
If you use our website we'll assume you’re happy for us to use cookies.X