The last post I wrote for the Dlala Studios website was a “Thanks for having me, I need a break, I’m leaving Dlala Studios”.

When I left some 4 years ago, I was tired and burnt out. We’d put a lot of heart, soul and hours into a pretty big project. It was cancelled – for good reason, though worth pointing out not really through any fault of our own. That was tough, and it hit me hard.

It wasn’t our first abandoned project – and it won’t be our last – but for some reason, that one took its toll.

Dlala was built on our friendship – it was always me and Aj, and there was always trust, and love, and respect, and patience. But even that took a hit. It hadn’t turned into hate – but our relationship was damaged, and something had to give – and that something was me.

I moved on, did my own thing for a bit, and me and Aj gave each other space. I’m very aware that writing it out like that sounds like I’m describing a relationship, but that’s because it was, and is.

We’ve told the Dlala story so many times, and I always begrudgingly tell the bit where I was working at Jagex, six months after Aj had left, and I call him to tell him he was right, and I wanted to move on – the phone call that I denied would ever happen. So in a way there’s some nice closure in the fact that Aj called me, just over two years ago, and asked if I could spare some time to help out on Battletoads.

Dlala needed some boss fight work, and I found some time to do it. So on a purely contractual basis, I jumped back on board for a few months. We were both nervous, and neither of us wanted to talk about the what-could-be. In fact, scrolling back up in Slack, here’s some copy and paste quotes:

Craig: hah… I was just writing “How long has it been since we’ve spoken on here”

Yeah I am very happy we’ve done this

but I also know i’m going to regret it

because I’m going to feel shitty when it’s over

I had the same thought, I feel exactly the same. Honestly, think that’s part of what I’m ignoring

Aj: We’ve got basically a month, we can ignore it for a month

Sounds good to me

Very unhealthy, so it suits us

That time on Battletoads really re-planted the seed for us. That time finished, and I moved over to Roll7 – I was lead designer on OlliOlli World, something I’m really proud of. Shout out to all my homies over at Roll7. I learned a lot there, as any experience will do – and part of that was a pretty deep introspective look at myself, and where I’d been, and the journey we’d been on.

After Toads, me and Aj stayed in touch – At first just over messaging, but that slowly turned into regular catchups, and we were talking for hours over video calls. Without even trying, that friendship – the trust, the love, the respect, the patience – it all came back. Naturally, no forcing it. Something just felt right again.

Then one day, Aj messaged me, something along the lines of “Hey, I’ve got an idea I want to run by you. Got time for a call?”.

I’m back at what feels like home. I’ve made some great friends over the last few years, and you know who you are – but I could not be more excited to be here.

There’s so much going on here, so much potential. One of those friends I’d made, Paul, described it as a hunger. And that’s exactly what it feels like – I’m hungry for what’s next, to grab those opportunities. Or as Sam describes it – “You’ve got that fire in your eyes again”.

We’ve got a huge project currently ongoing, and it’s amazing to see what the guys have done in my absence. We’ve got some really, really cool projects we want to pitch on, and some stuff going on that you wouldn’t even believe. I’m really proud to be back here and leading some of these things, both from a design and a creative lead point.

I genuinely can’t wait to share it with everyone.

It’s amazing to see the people that used to be here, and how they’ve grown, and the skills they’ve developed and the people they’ve become. Shout outs to Sam and Grant in particular.

The new faces, too – this place is full of incredible people and incredible talent, and to say I’m excited to see what we can do would be an understatement.

And of course, Aj – the dream team, the Batman to my Rorschach – I love you too man.

It’s good to be back. 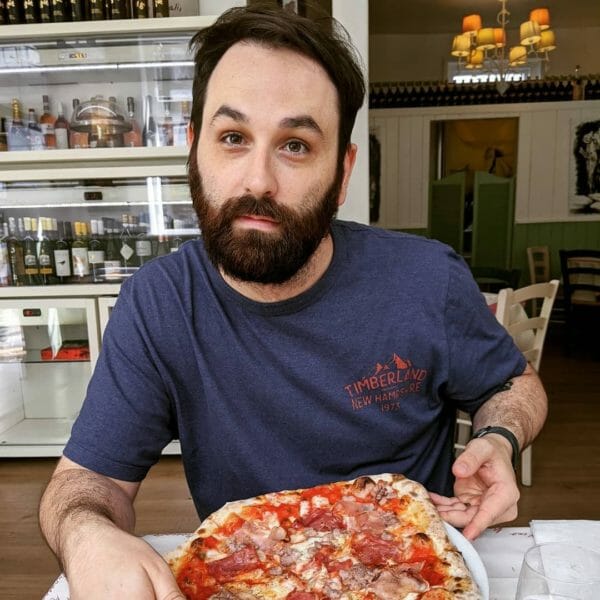 One of the founders of Dlala Studios, Craig’s roles, past and present, have always leaned heavily towards design. Craig has worked on a wide range of projects, leading teams both big and small. From small team prototyping, to designing raids in MMO’s, to fast moving platformers with plenty of exploration. Previous studios include Jagex, Bossa and Roll7. Craig is now happily back at home at Dlala.