Where Are We Putting Them All?!?

It seems insane for me to be typing this but we have not one but two new Dlalans joining the family today! (There’s that risky “F” word again!).

Today we are welcoming Nick Dorsett to the team. Nick joins Dlala as Game Producer and will be heading up the release focused side of the studio including, but not limited to, QA, Localisation, Certification, Submissions and more! Nick comes from a long and successful career working on titles such as the Forza Horizon series, Fable series, Minecraft, Bleeding Edge, Sea of Theives and most importantly BATTLETOADS! That’s right, Nick joins the studio already having a Dlala title under his belt!

Our second new hire is Debra Grand-Scrutton (that’s a weird last name?!?), Debra literally puts the f.a.m.i.l.y. as she is the mother of Dlala CEO Aj Grand-Scrutton and previously the owner of the garage in which the studio was founded in 2012! Debra comes from a background in successfully creating, running and growing businesses in sectors such as health care and transport & haulage.

We’d like to give a massive Dlala welcome to our new starters and can’t wait to get them settled in! 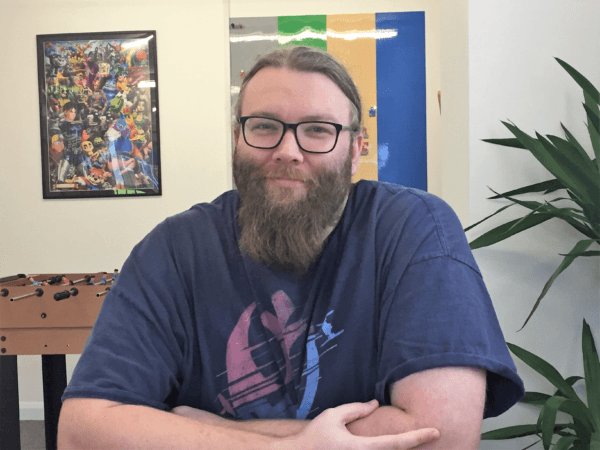 As Dlala’s founder and CEO, Aj focuses on the creative and strategic direction of the studio and all products we create and/or contribute to. Aj leads the business development and also managers the design, art and audio departments of the studio. Previously, he worked for companies such as Jagex and Bossa Studios, in roles such as Lead Client Developer and Game Content Developer. Aj founded Dlala in 2012 and has never looked back.